Skip to content
...have a project? Send us your questions on our Contact Us page, thank you!

what’s in my camera bag? 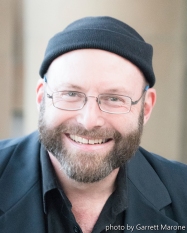 Michael began taking photos when he was about 6 or 7 with the family Kodak Instamatic and immediately became hooked on the magic of photography. He first learned photography in high school (using film) and worked as a photojournalist shooting, developing and printing images for the school newspaper and yearbook. From there, he went on to study graphic design and fine art in college and learned photo editing and digital imaging. After earning his BFA in 1989, Michael enjoyed a successful corporate career working with Fortune 100 clients in various roles.

Then came a fall from grace battling a fatal illness, depression and addiction issues. With a lot of help, Mike returned to his childhood passion of capturing images and began building his practice as a professional photographer in 2006.

He started shooting weddings in 2008, has been published in the Bay Area since 2009, had his first solo exhibit in 2010 and participated in multiple group exhibits. In 2016 he had his first one-man show of watercolor paintings in San Francisco at the Castro Country Club. In 2017, he was invited to participate in a community photography show at the Harvey Milk Photo Center. Michael is grateful to be mentored in the photography field by two talented and successful photographers: John Ater and Norton Pearl. He is currently included in the masthead A&U Magazine as a contributing photographer and added two fabulous weddings and an engagement shoot to his portfolio last year.

Michael’s passion is capturing the beauty and grace of our lives. The simple and organic pleasure that is living our hopes and following our dreams.

When Michael Kerner peeks through the viewfinder on his camera, he sees a magic way to share the world. It’s not really magic, it’s just his eye and how he fills the frame.

Throughout Michael’s life, that square, small world has offered insights; …truth…wisdom…grace…spirit…hope. All gifts – although he didn’t always understand the vastness of those gifts.

Michael got hooked early on, first with the family Kodak

then seeing the world through the viewfinder in a Pentax K1000 and inhaling both the chemicals and the wonder of a high school dark room.

After that, his art evolved as he did. Michael went to college and studied the masters of fine art and design, especially the Bauhaus movement and Gestalt theory. He was lucky enough to graduate from college just as the world went fully digital, so took his traditional artistic foundations and added the dynamics of Photoshop, Illustrator and Quark.

He put those skills in his toolbox and went to work. First in a hip downtown L.A. loft space where he did color separations for silk-screeners and got to see designs on which he’d worked lining the shelves of the Fred Siegel store in Beverly Hills.

After that, Michael joined the business world. Starting with a freelance assignment, Michael paid his proverbial dues. From that first assignment, he earned a spot on the staff of a litigation-consulting firm. Long hours and hard work eventually lead to one promotion after another until he was the Senior Graphics Consultant and acting Midwest Regional Manager. He moved between Los Angeles, Washington D.C. and Chicago. Michael was living “the dream”.

He moved to San Francisco and took a job as a graphics recruiter; more corporate that creative – although it had qualities of both and rode the first dot-com wave.

Along the way, he made amazing friends and studied with great mentors, but, he’ll admit, he got lost. For around ten years, Michael barely survived. The demons of depression and addiction were constantly wrapped around his neck back then. It nearly cost his life, his freedom and his creative soul.

He turned inward. Searching, sometimes frantically, through the parts of his heart that were still intact. What he found there was a choice; would he allow the demons and a life-threatening disease define his life or would he create his own destiny?

Then, Michael remembered that viewfinder — that vision of the world that brought him so many gifts and filled his soul with far more joy than anything else.

He picked up a camera and the fog began to lift. His creative spirit helps to keep the demons under control. This relatively small piece of machinery reminded Michael he is whole.

So what does all of this mean to you? Well, it means he gets “it”.

Michael has the blessing of perspective that living a diversified life gives you.

If you needed a new logo and corporate identity, he has a business background to help you find exactly the right look to capture your vision.

Need a wedding photographer? Michael has the compassion to notice the look on grandma’s face when she sees her grandson marrying the love of his life.

Want capture the sheer joy of a celebration. He knows that joy.

He grew up on an Idaho cattle ranch.

He knows how to work hard. He instinctively understands what it takes to get a job done and do it well. That work ethic combined with the compassion, integrity and vision that come from a fully evolving life is what makes his art pure.

After living in Los Angeles, Washington D.C. and Chicago, he’s grateful to be able to call San Francisco his home for more than 20 years. Michael is currently single and dating in addition to enjoying the company of his cat. He also works as a graphic and web designer and his hobbies include volunteering for local non-profits, performing locally as a musician, water color painting and geeking out on his photography blog.

Let Michael Kerner look through his viewfinder for you.

what’s in my camera bag?

I shoot Nikon with Nikon lenses and flash. I’m PC and Mac based working in Adobe Raw, Photoshop, Illustrator and InDesign among others. I’m now up to speed on WordPress and enough HTML5 and CSS3 to build a site. Natural or studio lighting.

We’d love to work with your budget and see how we can help. We’re available week days and weekends.

Please contact us with any questions, or to talk about your event, thank you! 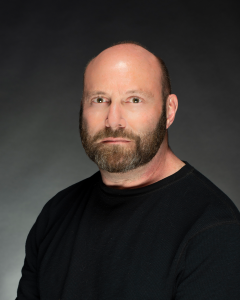